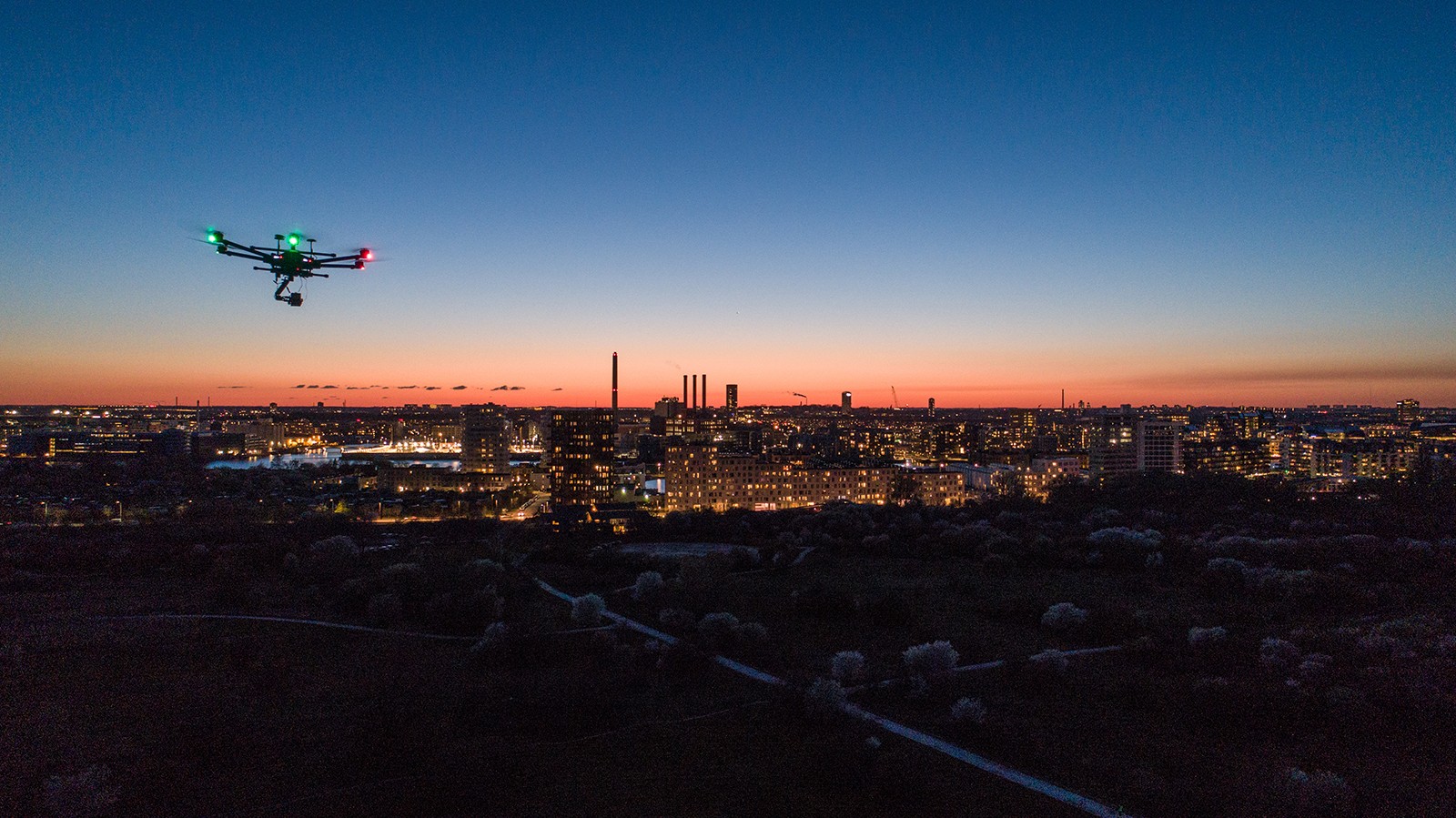 People living in Copenhagen should not be worried if they suddenly see an indefinable flying object in the sky at night. It is neither a meteor nor a UFO. It is just one of the utility company HOFOR's drones used to find leakages in the district heating grid running beneath the city.

3000 kilometres of district heating pipes lie under the streets of Copenhagen. The pipes pose a significant challenge due to the risk of leakages. This is why HOFOR have utilised a slightly unconventional technology to find leaks and heat loss in the pipes.

In December 2016, HOFOR flew drones for the first time to spot leaks in the grid. At that time, they found 44 leakages, which were analysed and repaired. Since then, HOFOR have flown over a third of the city each year and lowered their water losses from 10 to 5 per cent.

The drones are equipped with heat-seeking cameras, which capture thermal images showing where there are abnormally high temperatures in the underground. High temperatures could indicate heat and water loss from the district heating pipes.

Drone flying over Copenhagen at night

Drones save money and CO2 emissions

Some of HOFOR's new district heating pipes are equipped with alarm wires, which is a relatively new technology used to detect leakages. Since several of the pipes under Copenhagen are of an older date, the alarm wire technology is most often not in place. This is where the drones come in handy.

“There are a lot of kilometers of pipes we have to monitor and inspect to find any leakages. Many of the pipes also run under people's gardens. If a pipe is punctured, it can take time to locate the site precisely, and we sometimes risk having to dig up in a larger area than necessary. It is both time consuming and expensive,” said Section leader in HOFOR, Bo Jensen Møller, and continues:

“With the help of the drones, we get a much faster and accurate overview of where there may be leakages, so we can get them repaired. In this way, we minimise our losses and can better plan maintenance of the pipes. Both benefiting CO2 emissions and heating bills”.

HOFOR is not the only company using drones for thermal inspections. The Danish company DroneSystems also use drones to spot significant leakages in pipes. They have developed new computer software that can present the thermal data in a very simple way in a standard computer browser.

The software also enables a view of the entire grid. Here it is possible to “dive” into components like valves, bends and branch joints.

31 August 2016
There were big grins and smiles to be spotted at Vestas on the day of their interim financial accounts August 18 2016, EnergiWatch could report. Vestas could present an impressive revenue on app.