Denmark’s first large-scale geothermal plant is on the way 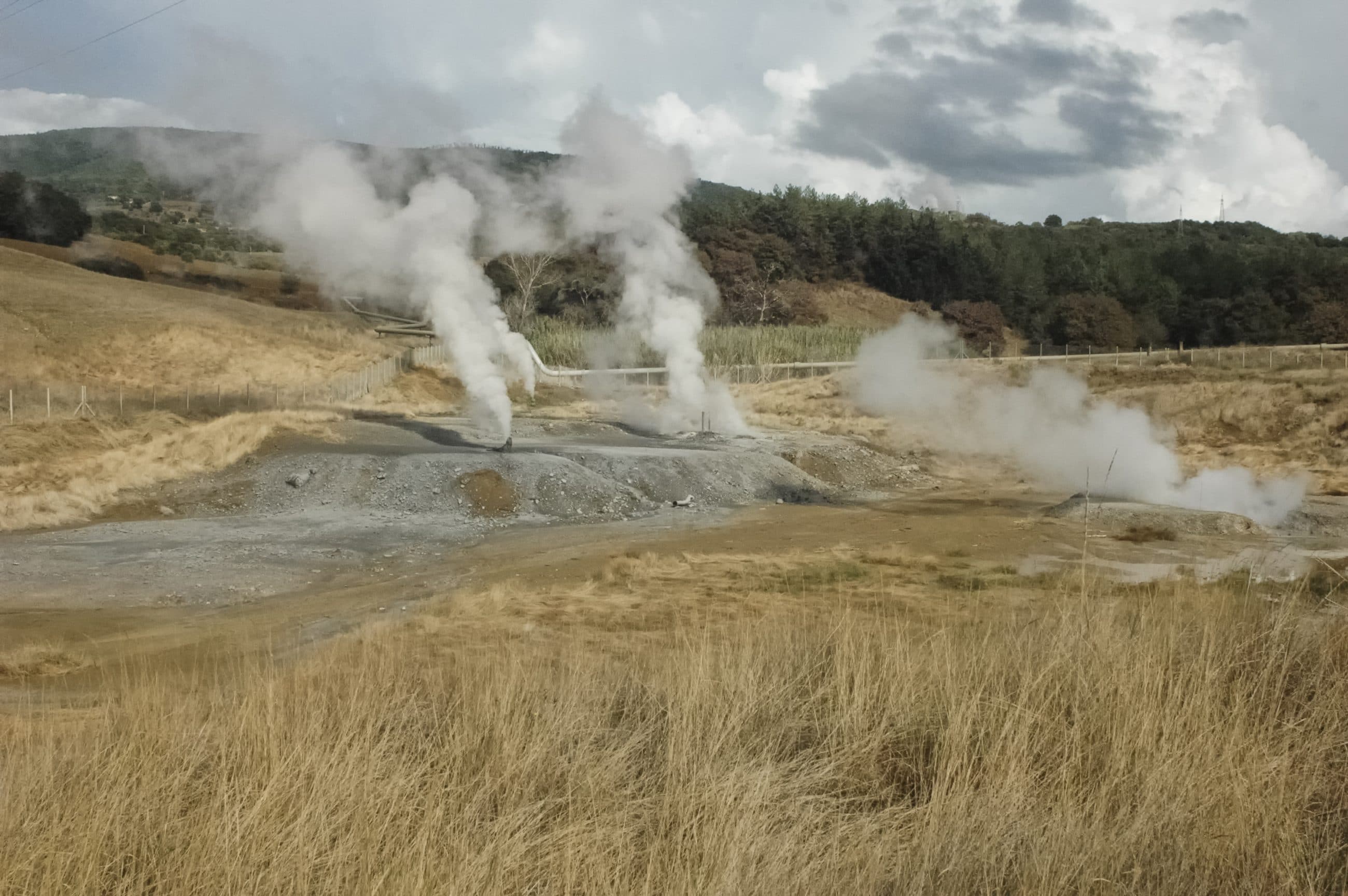 Maersk's experience with oil drilling, large sums of money available in the form of venture capital, Aarhus’ large district heating system and the many kilometres of sandstone that can be found under the city - all of this can form a synthesis that will deliver geothermal heating to households in Aarhus.

Therefore, Aarhus Municipality has signed a declaration of intent together with Maersk, where both parties commit to further exploring the possibility to develop geothermal heating. Initially, drilling exploration will take place in 2019 – 2020 in order to determine that there is sufficient warm water to make a geothermal plant viable. If the drillings confirm assumptions, then construction will commence on the plant in 2021 – 2024.

"If this is going to work as we hope, I see great potential for all Denmark," said Denmark’s Minister of Energy, Utilities and Climate, Lars Christian Lilleholt. "I am also thrilled that is a large-scale player taking this project seriously, and that they want to work with it as well," the Minister continued.

“We have already ceased the use of coal and oil in the city’s heating supply, but we want to take it a step further. We want an energy system that relies less on the combustion of biomass and we can secure this via geothermal energy. Therefore, I am pleased that Mærsk will devote its expertise and resources to developing large-scale geothermal district heating”, says Bϋnyamin Simsek, councillor in Aarhus’ Technical and Environmental Administration.

Geothermal Energy: How does it work?
The technology is based on sending cool water multiple kilometres into the subsurface, where the temperature is considerably higher. The water then runs through geological layers of sandstone, and can consequently be pumped up again - thus pumping up warm water. The heat is extracted with heat pumps and is then fed into the district heating system via a heat exchanger.

The municipal utility company AffaldVarme, which supplies Aarhus with heating, has been involved in the geothermal project since the autumn, 2017 and will receive heat from the proposed geothermal plant.

"Everything depends on what the exploration phase reveals. We need to clarify what temperature the water will be, what heating demands it can cover and when the project will be ready" said Mathias Schou Gammelgaard, project manager at AffaldVarme. “However, we expect to establish 10 - 14 small, decentralised plants that are each equipped with a downpipe, a pipe that leads to the surface, a heat pump and a heat exchanger," he continued.

The plan in Aarhus it that the heat can be added to the distribution grid at a temperature of 65 - 75 degrees Celsius, without the need for heating it to 110 degrees, which is the temperature the current transmission grid operates at.

-Related news: Power plant uses heat from the sea to warm up houses in Aarhus

"I think it is only fair that if we bring the skills, it is also us who takes the risk. In addition, we have extensive experience with this from the oil industry and are excellent with large-scale projects," said Samir Abboud, CEO of geothermic energy at A.P Moeller Holding, which is the daughter company in the Maersk conglomerate that has responsibility for the project.

It is also Maersk that will earn the profits if everything goes after then plan.

"A durable business model for industrial and commercial scale geothermal development requires a one-stop-shop structure, where the project will have an experienced and dedicated owner and operator. A.P Moeller Holding offers research into the resource and on the establishment of the geothermal plant and the subsequent operation of the plant with heat sales directly to Aarhus Municipality," as it is stated in the Declaration of Intent, which has been signed by Maersk and Aarhus Municipality.

Background information:
According to Maersk, the price of the project is in the billions; however it has not been made publicly available how much it will cost. At a starting point, Maersk is willing to assume the risk of the project.

Drillings will commence in a layer of sandstone, which is estimated to be over two kilometres deep.

The water is supposed to reach a temperature of 60-75 degrees. Once the heat has been extracted from the water with a heat pump and a heat exchanger, the cooled water is pumped back into the injection well.

The district heating system operated by municipal company AffaldVarme will, at first, heat 100,000 homes from the geothermal plant. However, it is expected that the system will be able to heat 350,000 homes in Aarhus Municipality.

Green transition through electrification of the Food Industry