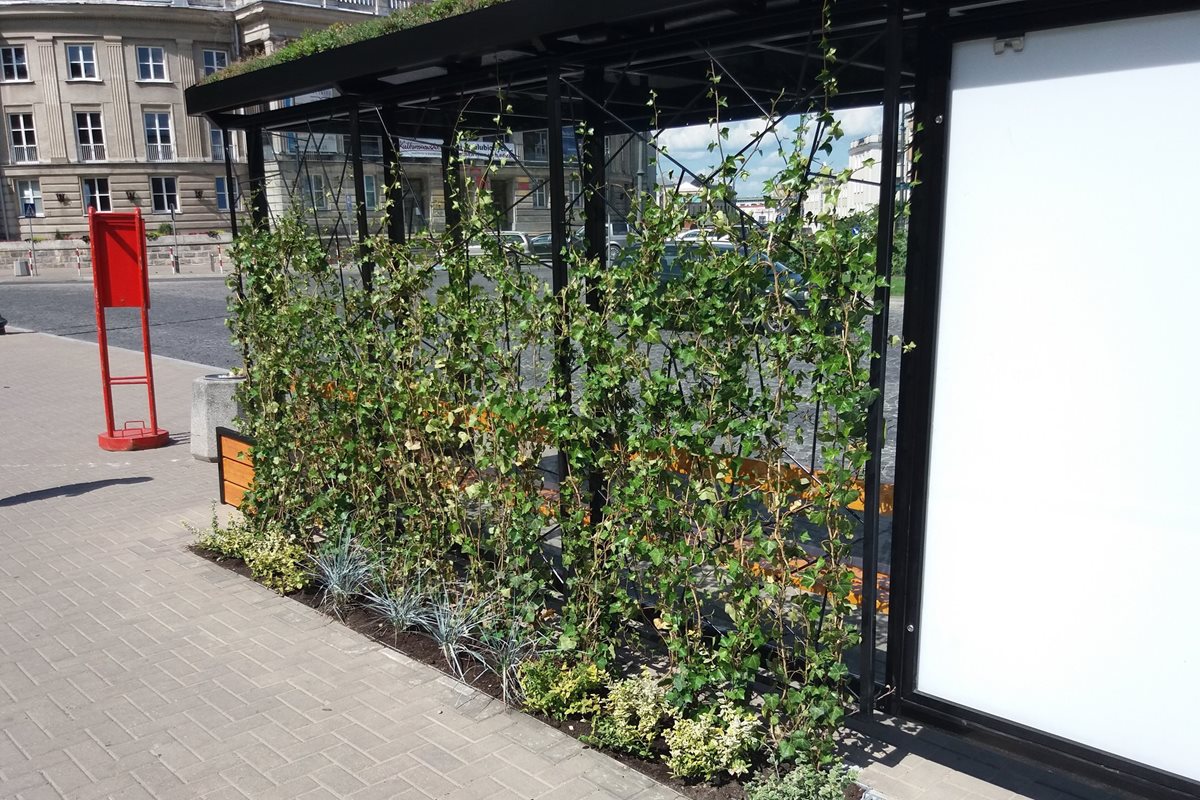 Many cities today suffer from Urban Heat Island effect (UHI) and excess of rainwater runoff in the streets, creating challenges for liveability and causing costly damages to infrastructures. These problems will only grow in the future, as extreme weather events are happening more frequently around the world – and cities with a growing population will be hit the hardest.

Four cities in Poland have chosen to use the so-called Green Bus Stop as a Nature Based Solution to reuse rainwater as a resource and contribute to the reduction of UHI effect.

Stormwater is retained by several ways: Each bus-stop is covered with a plant-based green roof with a water retention layer - such a roof stops up to 90% of the stormwater falling on its surface. During dry weather, the water is used by the plants and evaporated, making space for the next fallout. Part of the water, which is not used on the roof, together with the excess stormwater from the surrounding sidewalk, is retained in a vegetated retention-infiltration box in the back of the shelter. The box supports climbers, growing on the green wall at the back of the construction. The excess water from the box is then directed to a nearby green area or trees. The Green Bus-Stop contributes to minimizing local flooding, stormwater sewage systems overloads and urban heat island. It also supports local biodiversity, being a “stepping stone” for insects and supports birds, limiting their collisions with the glass, comparing to traditional bus stops.

During intense rain events, the excess storm water is drained with patented internal vents, into the vegetated boxes containing optimised drainage layers. Any excess rainwater from the boxes is led to sewers or nearby green areas. Besides adding ecological connectivity and biodiversity to urban areas, the Green Bus Stop emits less heat than the traditional counterpart does, at times as much as 10°C less.

The Green Bus Stop was co-developed together with the subsidiary of AMPHI, FPP Enviro.