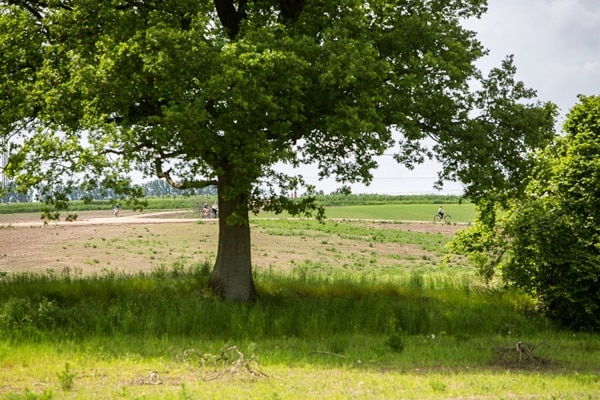 VCS Denmark (VandCenter Syd in Danish) is one of the largest water and wastewater utilities in Denmark – and a frontrunner in the water sector.

Denmark is unique in the fact that virtually all the country’s drinking water is sourced from groundwater supplies (99 per cent), where the water is pumped up to the surface via wells. In most parts of Denmark, the groundwater is only subjected to a simple filtration and aeration process before being delivered as drinking water to the consumers.

Being able to provide high-quality drinking water that has been minimally treated is a source of pride for Denmark.  However, traces of pesticides have been found all over the country in the wells. Management and protection of the country’s groundwater supplies in a sustainable manner is therefore essential.

To secure future drinking water resources, the groundwater needs to be protected from pesticides and other sources of pollution. This can be done through targeted efforts in areas with groundwater aquifers.

A key element is to prevent the use of pesticides in these areas – and one way of doing so is afforestation. Forests in Denmark are protected by law, so areas with forest will remain forest forever, and if you combine this with declarations to not use pesticides, you have a viable solution for generations to come. The forest also prevents alternate use of the land for industrial purposes or for housing, which also can pose pollution threats. 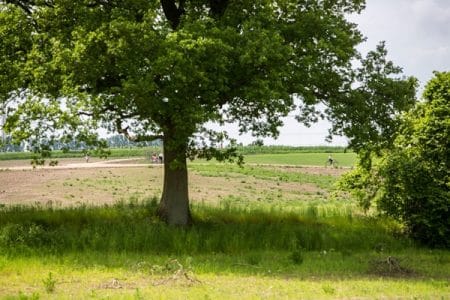 The Elmelund area west of Odense provides a significant part of Odense’s drinking water supplies. Therefore, the local water company VCS Denmark in 2001 entered into an afforestation agreement with the City of Odense and the Danish Nature Agency (Naturstyrelsen) to afforest 2,000 hectares of publicly owned land in the municipality.

The cooperation meant that resources could be shared in the creation of a new forest – Elmelund forest - that fulfilled more than one purpose. Increasing Denmark's amount of woodland was already a national agenda, and for the City of Odense, Elmelund added a sought-after recreational area in close proximity to the city center.

Elmelund forest has been developed and designed with citizen involvement, so that the municipality’s inhabitants feel a sense of ownership and can partake in many outdoor recreation activities. In addition to the lengthy citizen dialogue, private individuals and companies were permitted to purchase trees in a selected area of the forest.

The first trees were planted in 2001. Land has been purchased continuously, with a vast extension in 2010. In 2013 the forest was formally opened to the public. Elmelund forest now consists of approximately one million trees and is the largest afforestation project that has taken place in Denmark over the last 100 years. 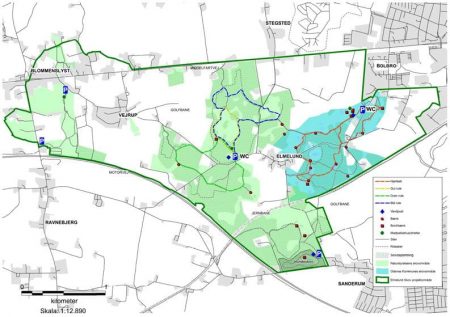 Visitors to the forest can walk or cycle along the many different trails, walk their dog without a leash in marked areas, engage in cross-country skiing when the weather permits, participate in orienteering, ride horses, or even taste the forest’s water and walk past some of the abstraction wells.

Entering a partnership to protect water resources for the future makes it possible to achieve multiple results at the same time. In addition to groundwater protection and recreational value, more forest area also contributes to biodiversity, flood prevention, and carbon sequestration.

Furthermore, by virtue of its close proximity to the city, Elmelund forest creates new possibilities for outdoor recreation and exercise for Odense’s inhabitants, thus increasing the city’s liveability and the health of its citizens.

Odense aims to become Denmark's greenest city, with a wealth of outdoor recreation activities and wild nature. It has also set a target of becoming carbon neutral by 2030. Elmelund forest helps fulfil this goal. Furthermore, by protecting groundwater aquifers, the forest contributes to VCS Denmark’s goal of supplying drinking water that is solely based on clean groundwater by 2050.

The tripartite partnership has made it possible to finance and execute afforestation projects in the municipality, and plans are currently underway to create a new forest to add to existing green belts. Inspired by Elmelund forest, an area around Højby and Lindved is being developed by the three partners behind Elmelund forest (VCS Denmark, the City of Odense, and the Danish Nature Agency), where citizens will be involved in its development, just as they were with Elmelund forest.

Mentioned in this article: City of Odense