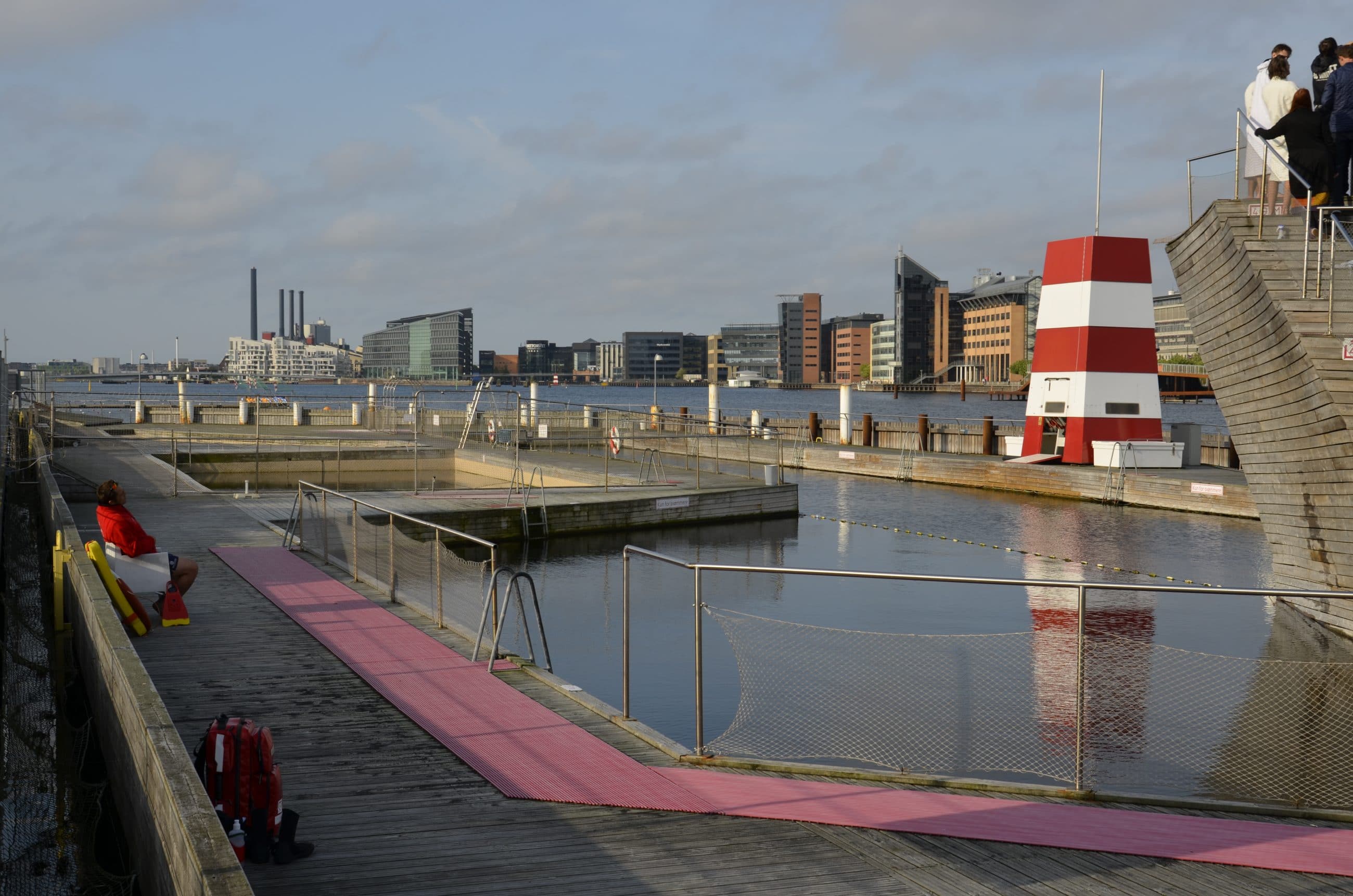 More from City of Copenhagen

However, in 1954 the pollution level had increased which – combined with improved knowledge of bacteriology and viruses – let to a ban on all swimming activities in the harbour.

The ban lasted until 2002, where the current harbour bath was inaugurated.  The opening was made possible by investing in a complete modernisation of the sewage system, improving wastewater management and the city’s efforts to mitigate combined sewer overflows (CSOs). Underground detention structures were established and equipped with transmitters to indicate overflow into the harbour.  The transmitters continuously send information to a central computer and based on 3D- modelling, the City of Copenhagen can determine whether the limits in the Bathing Water Regulation have been exceeded and a red flag should be hoisted at the  swimming facilities. Citizens can access this information online or via an app.

Today,  more than 100,000 people enjoy a swim in one of the city’s swimming facilities each year as well as participate in recreational activities such as kayak-polo, canoeing, kayaking and fishing. The area along the city’s inner harbour is now one of the trendiest spots in the city and property values have more than doubled.

A combination of innovative solutions created a clean harbour.

Follow the links below to learn more about the solution and how it was made possible.

Mentioned in this article: HOFOR