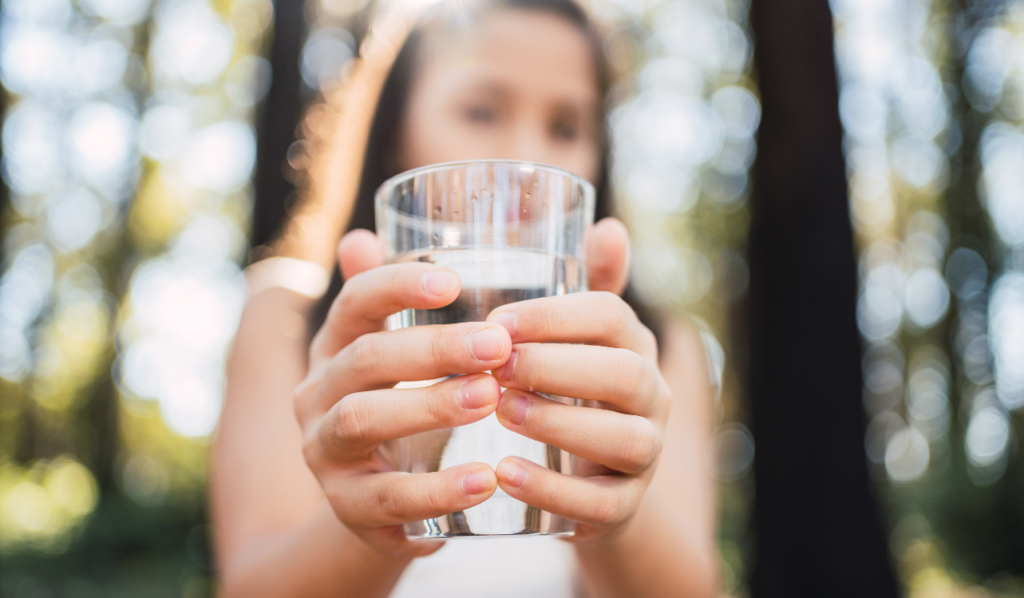 By The Capital Region of Denmark | [email protected]

Danes get nearly 100 percent of their drinking water from groundwater. The high-quality drinking water coming out of taps across Denmark is a result of a long and extensive tradition for groundwater protection and a dedicated water supply sector. In general, Denmark has a decentralised water supply structure where the drinking water is produced locally at one of the 2600 public waterworks around the country. In the Copenhagen area, the structure is more centralised due to the high demand from the densely populated area.

While nearly one third of the Danish population live within the Capital Region of Denmark, the region takes up less than 5 percent of the country’s total area. The obviously odd proportions mean that there is a heavy pressure on both the quality and the quantity of drinking water resources in our region. The task of preventing pollution from old, soil polluted sites from infiltrating into the groundwater is carried out in collaboration with specialised consultants, contractors, laboratories, universities and research institutions.

Quality management goes back to the earlier days where handling of chemicals, such as chlorinated solvents, pesticides and PFAS, was less strict than today. As such, many years of industrial activities have resulted in chemical spills, which – depending on the chemical properties of the specific substances – have resulted in point pollution of the soil and groundwater.

As a member of the European Union, Denmark is obligated to implement the EU Water Framework Directive through national water management plans. According to these, some of the groundwater resources in the Capital Region are in critical condition due to overexploitation of the resource. Though the daily consumption of drinking water for each Dane has fallen from approximately 200 litres in the 1980’s to 104 litres in 2020, we still have not reached a level of sustainable water use in the Capital Region in accordance with the UN’s Sustainable Development Goal 6.

The region’s role according to the Act on Contaminated Soil

Denmark has a ‘polluter pays principle’, which means those who are responsible for the pollution are also required to bear the costs of managing it to prevent damage to human health or the environment. However, contamination from former land use – e.g. industrial activities – have built up over time and led to a large number of contaminated sites. 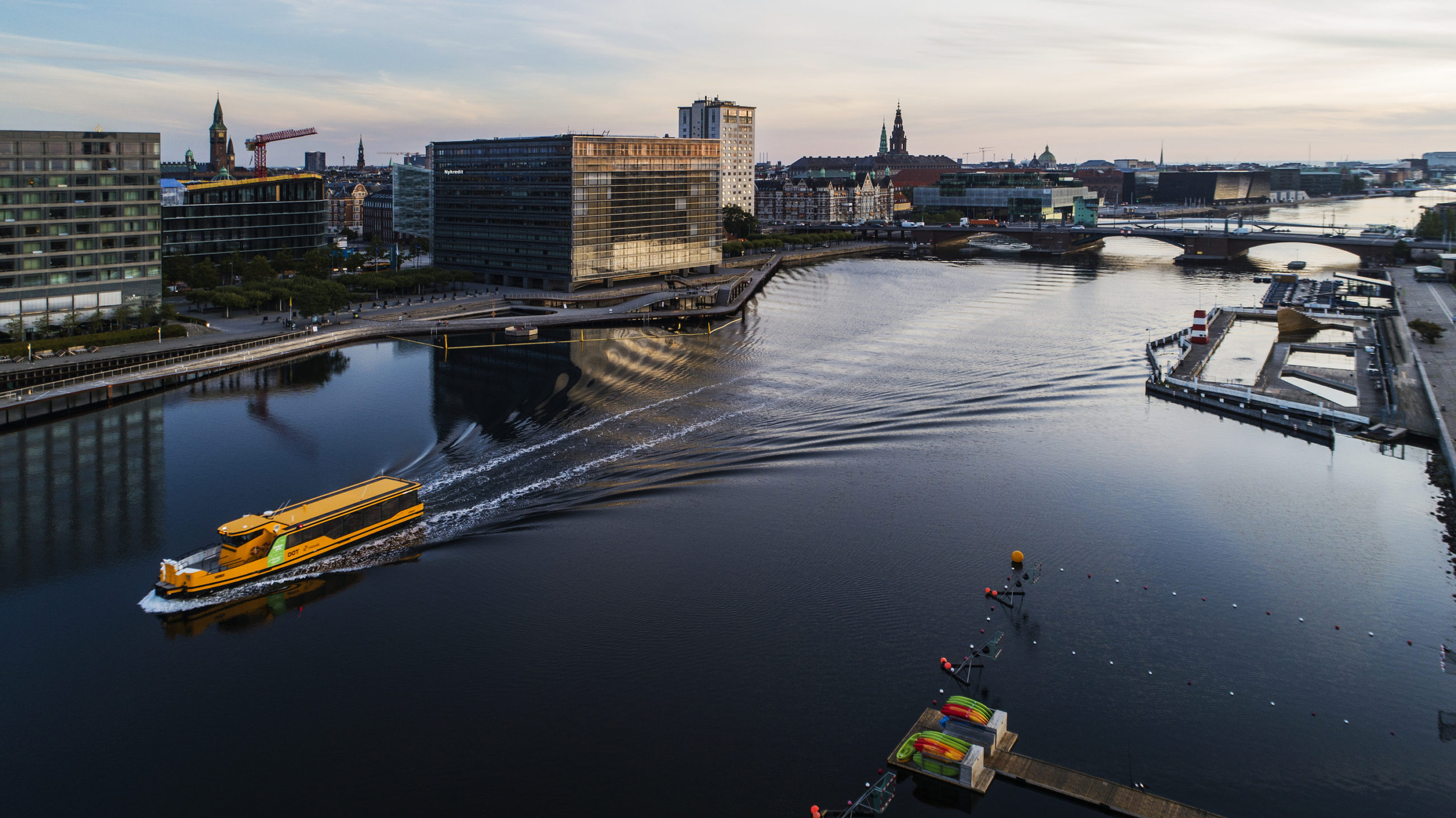 According to the Act on Contaminated Soil, the Danish regions are responsible for mapping, investigating and remediating soil contamination from old, polluted sites where the ‘polluter pays principle’ cannot be enforced. The goal is to protect human health, groundwater and the nature from soil contamination. All contaminated sites are registered, but only risk sites are remediated. To carry out the work, The Capital Region receives funding from the Danish government. In 2020, Denmark’s five regions spent a total of EUR 60 million on this task.

The Capital Region’s focus is to protect the drinking water resources from chlorinated solvents and similar solvents. In our efforts to locate and reduce the risks from the polluted sites, we constantly innovate cheaper, faster and more sustainable methods. A tangible example is the ‘Plume Remediation Project’.

The ‘Plume Remediation Project’ investigates the possibilities of replacing ‘pump and treat solutions’ with a reactive barrier consisting of zero-valent iron and stimulated reductive chlorination. Partners in the project are the Technical University of Denmark, the University of Aarhus and the consulting companies COWI and Geosyntec.

Another noteworthy project is the ‘GreenCat project’, which uses biochar (coal formed from fired organic material; biochar e.g. from bones) and green rust (iron hydroxides) to produce a highly active catalyst for the decomposition of chlorinated solvents. The GreenCat project receives funding from the Innovation Fund Denmark. The other partners in this project include the University of Copenhagen, The Geological Survey of Denmark and Greenland (GEUS), the environmental consulting firms Geo and Amphos21 and the company Alumichem.

In addition, source differentiation projects are carried out. The goal is to develop tools that can be used to distinguish whether finds of pesticides in drinking water production wells originate from point- or diffuse sources. The work has an impact on which practical actions will be most relevant to apply to remedy the problem. Partners in these projects count the Technical University of Denmark (DTU Environment), The Geological Survey of Denmark and Greenland (GEUS), Region Zealand and the consulting engineering firm WSP.

During IWA’s World Water Congress & Exhibition in Copenhagen in September, you can join a technical tour to Birkerød Waterworks and see how the Capital Region of Denmark remediates the threats from soil contamination to secure a clean supply of groundwater. The tour includes a visit to the pump-and-treat plant where plumes from three old, polluted sites are cut off to protect the drinking water resource. The tour also includes a visit to the waterworks, where sustainable groundwater treatment is showcased.

We look forward to seeing you at the IWA World Water Congress & Exhibition in Copenhagen in September 2022!

Blog post by Gunver Heidemann, Chief Consultant, Environmental unit at the Capital Region of Denmark. The blog post is part of a series of perspectives leading up to the IWA World Water Congress & Exhibition in Copenhagen in September 2022. Link to original content via IWA. 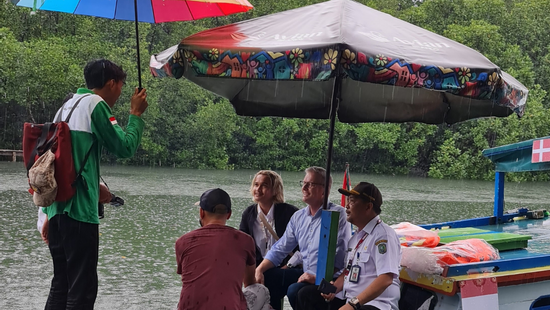 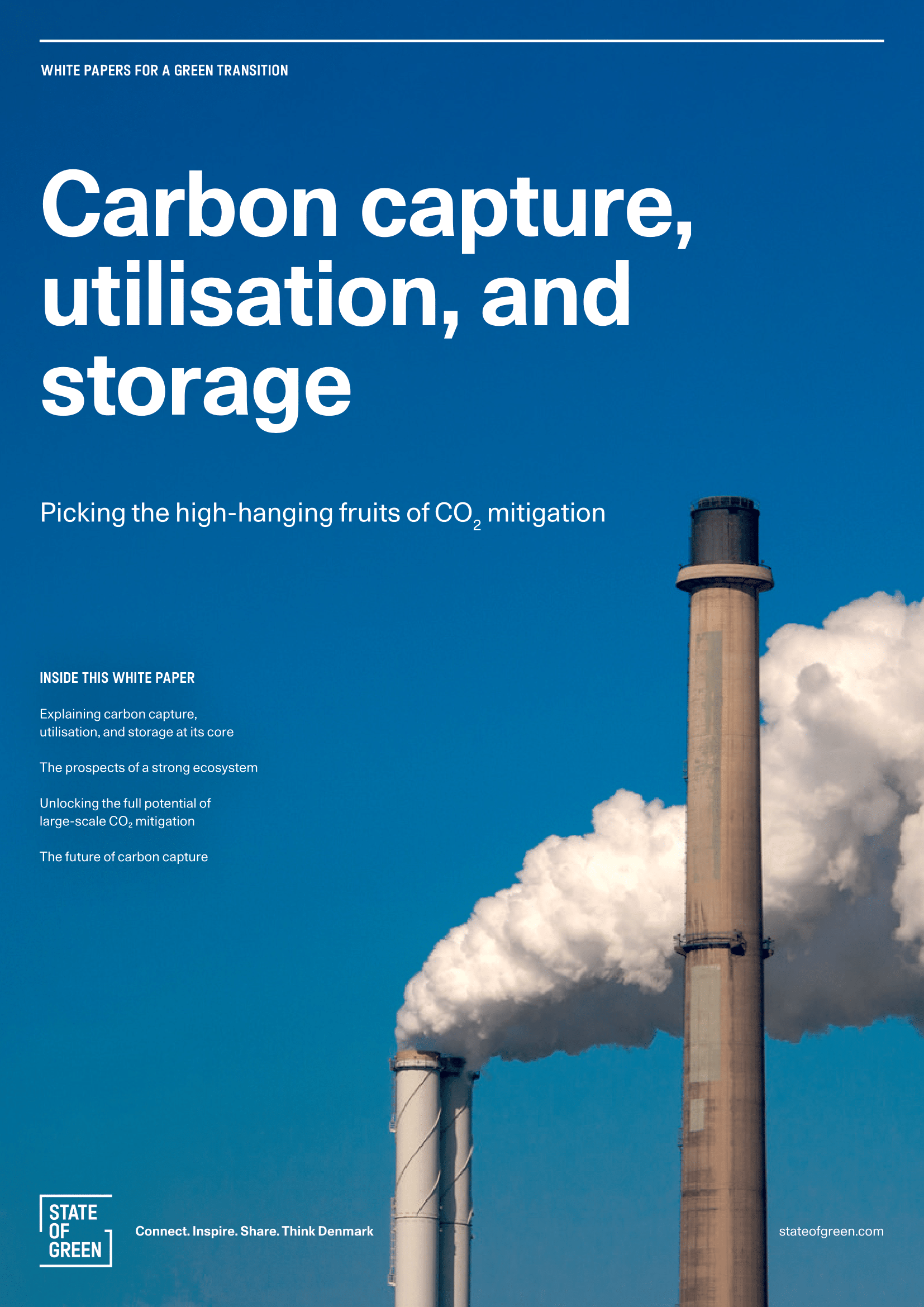 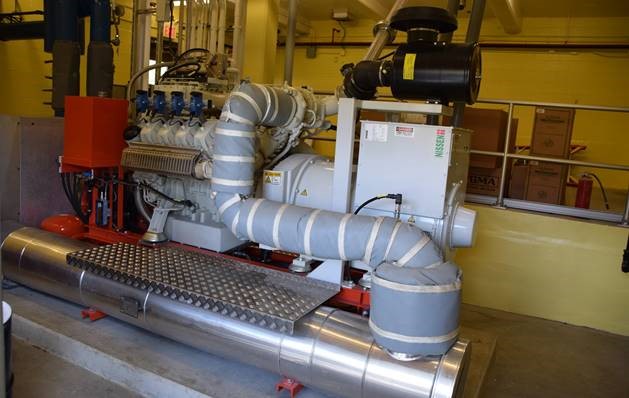 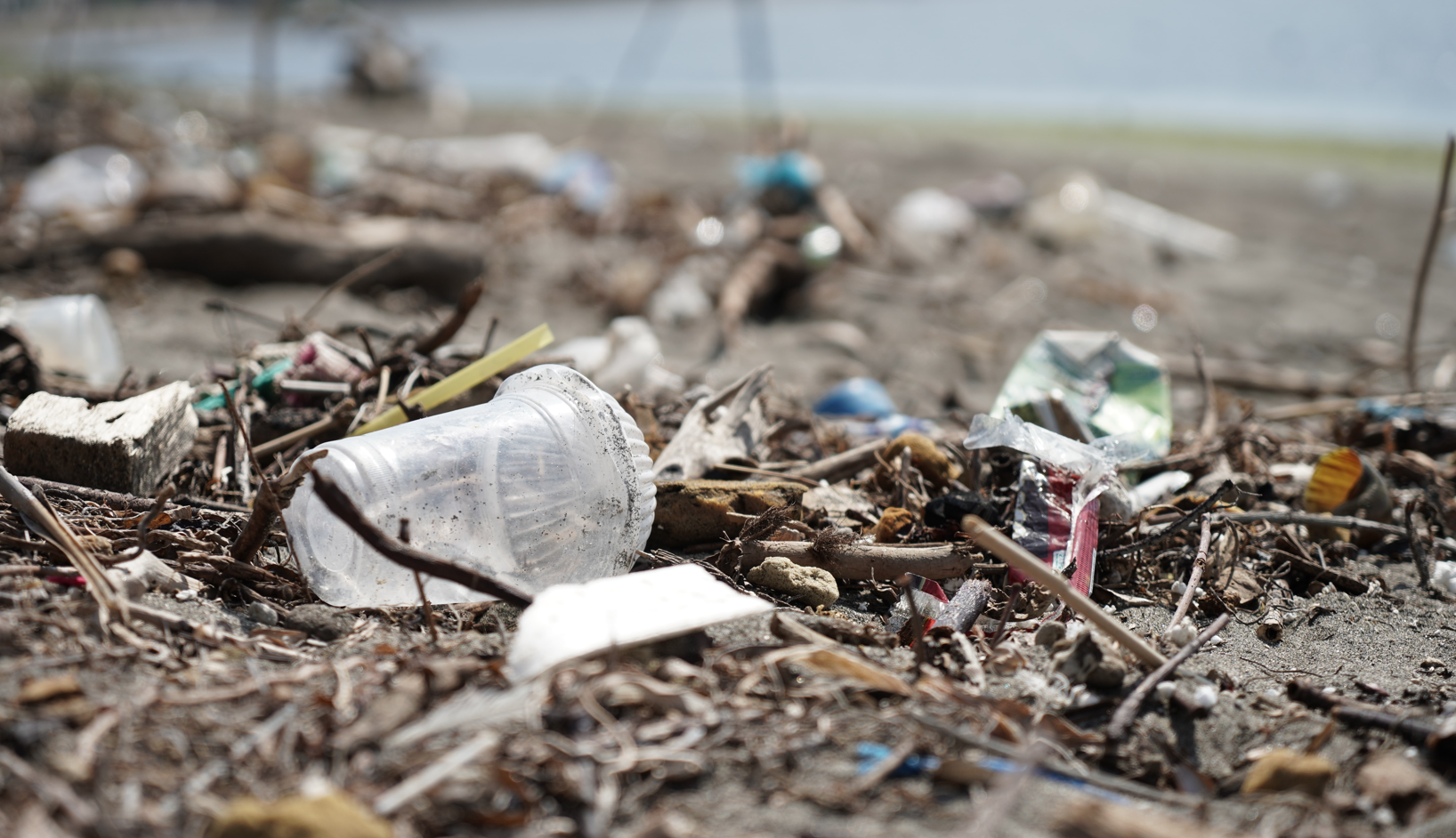 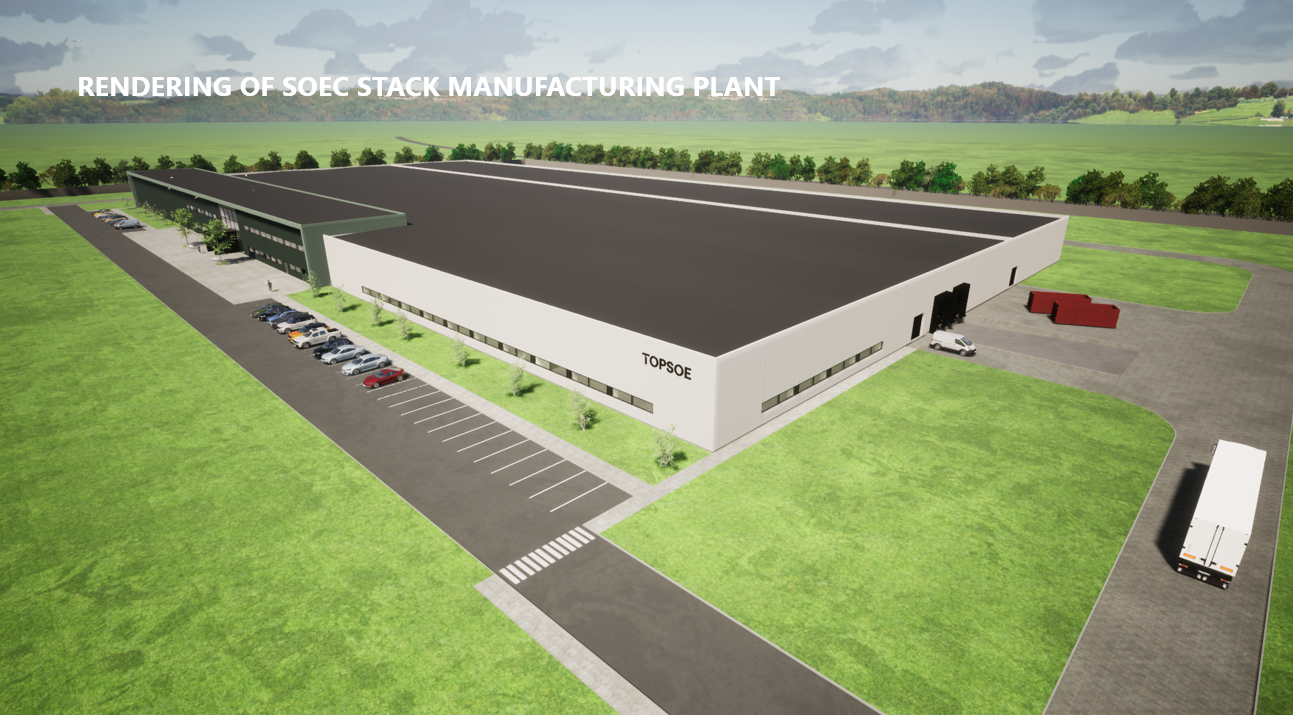