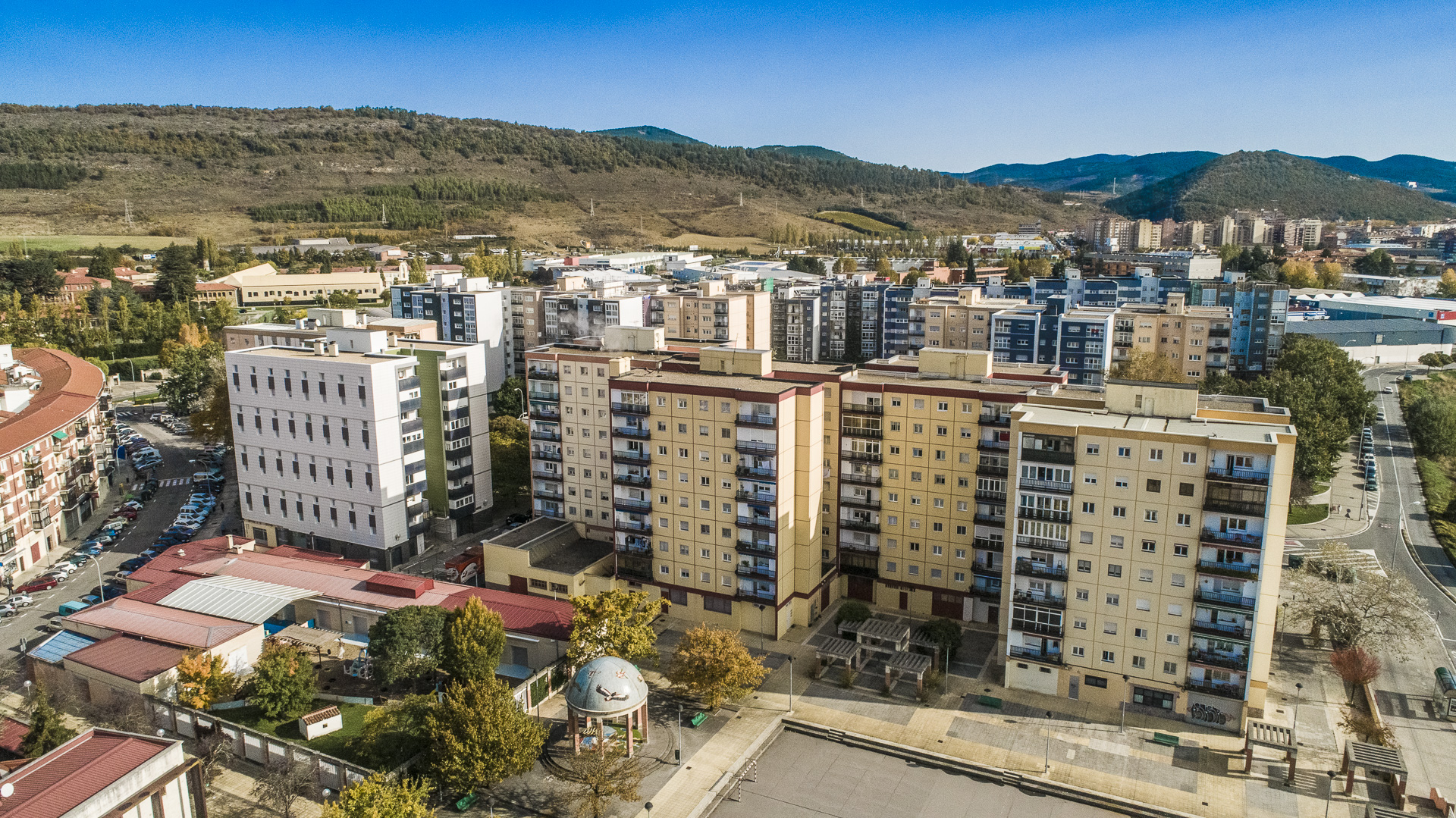 In several areas around Pamplona, Spain, a largescale renovation programme is slashing the energy costs and emissions of hundreds of existing buildings and breathing new life into old neighbourhoods.

Seventy percent of the buildings in the Txantrea neighbourhood in Pamplona, Spain, were built during the 1980s, making age-related energy loss a common issue.

Once rundown, the 23 public housing buildings – all of them between 40 and 70 years old – glisten like new. But for the residents of almost 600 homes, the improvements run far deeper than the attractive façade. A new thermal envelope that includes 10 cm of ROCKWOOL external façade insulation has significantly lowered energy consumption and costs, and improved acoustic comfort inside.

In addition to taking steps to dramatically reduce energy consumption, fossil fuel use has been replaced with renewable energy sources such as biomass.

Improving the thermal insulation in the façade and roofs is just one aspect of the project. Another important task has been helping residents to understand how insulation works and to encourage energy efficient behaviour at home, thus reducing energy waste and costs.

In fact, involving the residents throughout the project has been vital to its success. Over 800 meetings were held within the community, resolving more than 1,900 questions from concerned or curious locals. This level of interaction with those directly impacted by the changes resulted in high levels of acceptance and enthusiasm for the project.

The project has turned these buildings – once some of Spain’s least energy efficient – into some of Spain’s best energy performers. Started in 2015, the Efidistrict project is now in its third phase with renovation planned or underway on more than 1,000 additional homes in social housing buildings in other neighbourhoods around Pamplona-Iruna.

The success of Efidistrict has been recognised inside and outside of Spain as a reference case for other municipalities seeking to combine large scale renovation with urban regeneration. The results are tangible, and the approach – including close cooperation with the community to ensure open communication during the renovation – has led to minimal disruption to the lives of residents.