The Cobra Cable: unleashing green energy flows between Denmark and the Netherlands 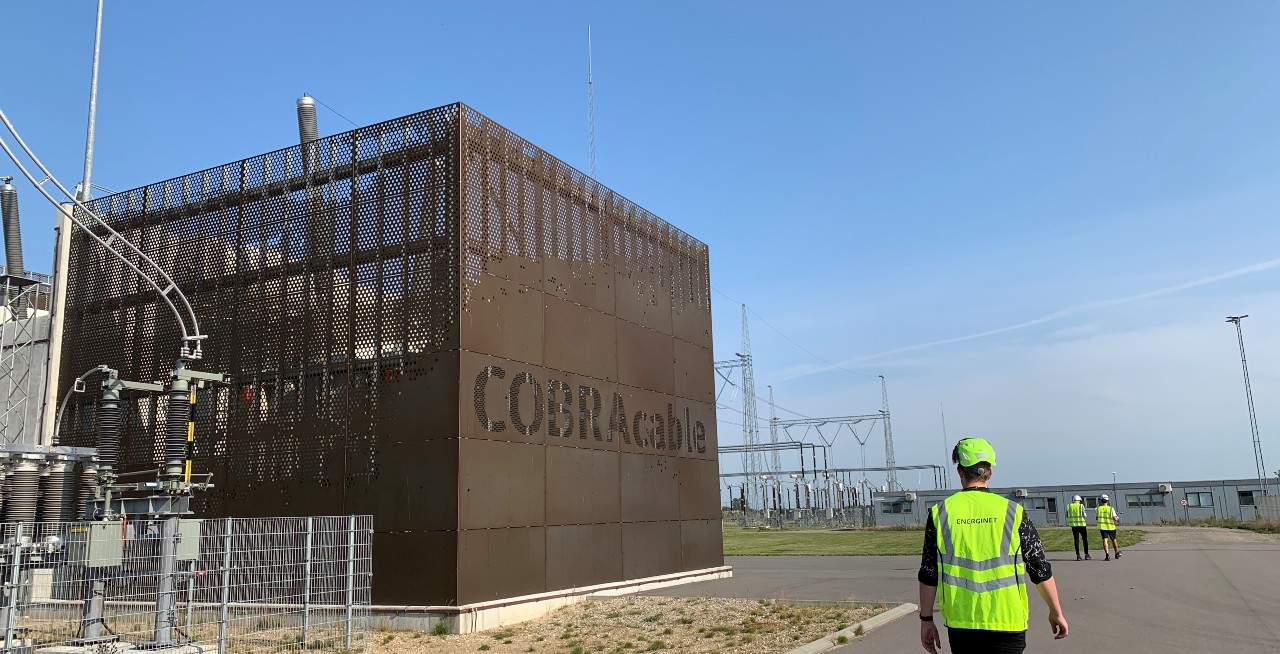 Energinet is an independent public enterprise owned by the Danish Ministry of Climate, Energy and Utilities. We own, operate and develop the transmission systems for electricity and natural gas in Denmark.

The world is on a decarbonisation journey and eager to achieve net zero emissions by 2050. One of the core ways this can be achieved is by replacing fossil fuels with renewable energy. To achieve this, many countries are busily constructing wind farms and solar parks to green their energy supply. However, in order to maintain support for an energy system that is built around renewables, governments need to ensure affordable, uninterrupted flows of power. How can countries maintain high levels of security of supply while integrating an ever-growing share of variable renewable energy into the grid? And what should we do to ensure that all the renewable energy produced is used? How can we ensure it doesn’t have to be curtailed?

Denmark and the Netherlands are very similar – not only culturally and geographically, but also in terms of climate ambitions and renewable energy policies. Both countries enshrined impressive climate goals in law in 2019. The Netherlands is planning to reduce its greenhouse gas emissions by 49 % by 2030, compared to 1990 levels, and achieve a 95 % reduction by 2050. Denmark is aiming to source all of its electricity from renewables by 2030 and reduce greenhouse gas emissions by 70 % by 2030 (compared to 1990 levels). Both countries have also installed a significant amount of renewable energy capacity and are continuing to do so in order to fulfil their climate and energy goals.

Already back in 2008, the two countries began to investigate whether it would be feasible to connect their high-voltage electricity grids through a submarine cable, with the decision to construct the cable that is now known as COBRAcable (COpenhagen-BRussels-Amsterdam cable) approved in 2014.

Structured as a partnership between the Danish TSO Energinet, and the Dutch TSO TenneT, the purpose of the collaboration is to make use of situations when there is a surplus of renewable energy in one country and a lack in the other country. The grid interconnector can transport it to the other country where it can be utilised.

Concretely, the collaboration was designed to fulfil the following objectives:

Construction of the cable began in 2016, where it was manufactured in Italy by Prysmian Group at their centre of excellence in Naples and then transported by ship, where it was laid in the middle of the North Sea.

After construction was completed in 2019, a testing phase was initiated to ensure the security and stability of the system.

Consisting of a 325km long HVDC submarine cable, the COBRAcable directly interconnects the high-voltage grids of the Netherland and Denmark via the German waters of the North Sea.  The cables are connected to converter stations built in Endrup, east of Esbjerg, Denmark, and Eemshaven in the Netherlands, respectively. The two converter stations convert alternating current into direct current. This is necessary to transport the electricity without major losses. The converters also convert direct current back into alternating current, as the Dutch and Danish electricity grids operate on the basis of alternating current.

The cable has been co-financed by the European Union in recognition of their desire to support projects that contribute to the development of energy systems across the union.

Grid interconnectors play a leading role in ensuring a secure, sustainable, and affordable supply of energy between countries or regions. Such interconnectors can contribute to linking up hydropower from the Nordic countries to wind energy in the middle of Europe to solar power in the sunnier, southern regions in Europe.

The COBRAcable is unique in the sense that it is the first offshore grid interconnector designed to meet future requirements by presenting the opportunity for future offshore wind farms in the North Sea to be connected to the COBRAcable. In addition, it enables a direct flow of electricity between the Danish and Dutch markets, so that excess capacity can be traded between the two countries. The capacity is available on the day-ahead and intraday electricity market. Furthermore, the cable is to be part of a future interconnected offshore electricity grid between the countries bordering the North Sea.

The connection contributes significantly to renewable power production. This is due to the fact that it allows both countries to generate more renewables, safe in the knowledge that they can buy and sell wind power and solar power across borders whenever there is a surplus situation in influencing the local power price in either one of the countries. This increases the value of renewable energy and its acceptance. At the same time, the connection ensures a higher level of security of electricity supply, as energy can be transported through the cable when there is a lack of renewable production in the domestic market and it is reflected in a high local power price.

The cable generates a socioeconomic surplus of approximately DKK 1 billion for Denmark and would also be a similar case for the Netherlands. This is because the cable will allow energy providers to sell their energy to areas where the price is higher or buy when the price is lower. These gains outweigh the cost of constructing and erecting the cable.