Heating with economic and environmental savings 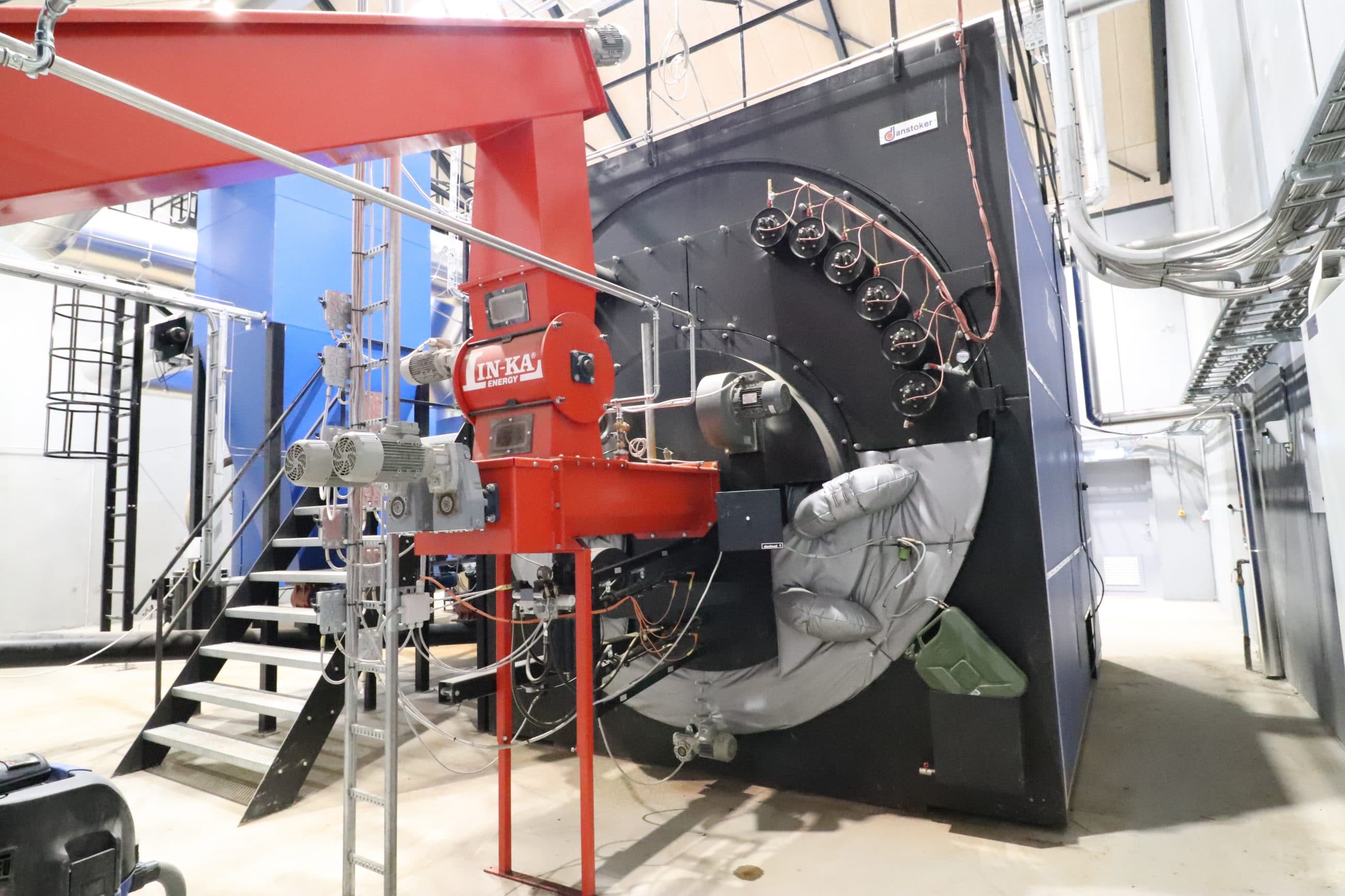 In 2018, Danish Agro has invested in a new biomass-fired steam plant, which saves the environment tons of CO₂ and contributes to a significant financial saving for the concern.

The grower group on Nordfyn, which produces feed, had a desire for a new heating plant. With an increased focus on energy efficiency, the environment and costs, the company sought a biomass plant where its own waste products could be used as fuel instead of sending it for destruction.

Before the installation of their new plant, the company used gas for the production. With the new plant, both savings and CO2 emissions are significantly reduced.

The steam from the plant is primarily used for heat treatment of the feed that the company produces. Also, the moisture from the steam is used to keep the shape of the products.

The plant consists of a 2,000 kW Linka H boiler designed for burning grain waste. Along with the boiler there are also supplied a multicyclone, bag filter and 20 meter chimney. The boiler is connected to existing facilities for the supply of fuel.

The steam plant at Danish Agro consists of a 2,000 kW boiler in 3-pull design. The boiler is designed to provide full combustion and efficient utilization of the radiant heat in the fire channel.

The waste products from the purification of the raw materials are unloaded in a hall from where they are fed through a pedestrian system, which continuously feeds the boiler, where it is all burnt and converted to moisture. This vapor is passed via a pipe system which is situated underground, than to feed the factory, which is located next to the facility.

The system is controlled and monitored by the installed PLC which is accessed from phones and computers, and makes it easy for the staff of the operation.

The automatic ash extractor transports the ash from the boiler to an ash container located outside the boiler building.

1.030 ton pr. year
This corresponds to the same amount of CO₂ that an average of 500 passenger cars emit in a year.

“Previously, we paid to get rid of the residual products, so there is a financial benefit to us by driving them to incineration at the biofuel plant instead”