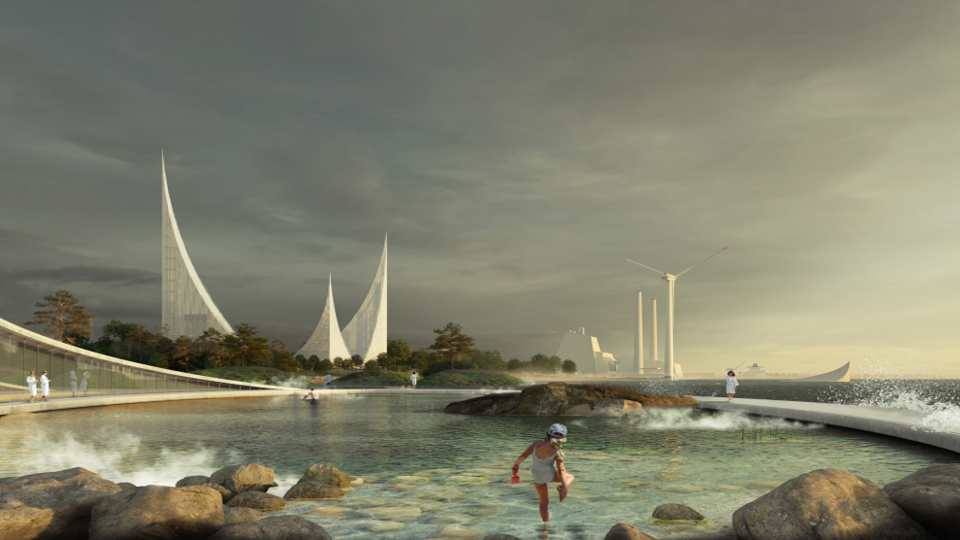 We provide state-of-the-art services within engineering, environmental science and economics with due consideration for the environment and society.

Green Fuels for Denmark will help to decarbonise the partners’ business, while contributing significantly to Denmark’s goal of reducing CO₂ emissions by 70% by 2030, compared to 1990 levels. The fully scaled facility will reduce annual CO₂ emissions by 850,000 tons.

The energy needed to move heavy transportation including large jets and vessels long distances can only be supplied by a liquid fuel. No current battery has sufficient energy density.

As heavy transportation is often expensive and long-lived assets, it would take a long time to upgrade the world’s fleet to more efficient design standards.

Therefore, substituting marine diesel or heavy fuel oil with sustainable alternatives will make an important contribution to decarbonizing the industry.

Copenhagen Airports, A. P. Moller-Maersk, DSV Panalpina, DFDS, SAS, Everfuel, NEL, Molslinjen, Haldor Topsoe, the Municipality of Copenhagen, Denmark’s Capital Region, Ørsted, and COWI have partnered up in the project “Green Fuels for Denmark”. The partnership is the first of its kind, which combines leading competencies across the value chain.

The project aims to decarbonize heavy transportation by producing sustainable fuel. To do this, a 1.3 GW electrolyser powered by 2-3 GW offshore wind is established, which holds the potential to replace >270.000 tpa. of fossil fuel consumption in 2030, equivalent to a 1.77% reduction in Danish CO₂ emissions.

Green Fuels for Denmark will help decarbonise the partners’ business, while contributing significantly to Denmark’s goal of reducing CO₂ emissions by 70% by 2030, compared to 1990 levels. The fully scaled facility will reduce annual CO₂ emissions by 850,000 tons and spearhead the maturation of the technology.

The project is split into three phases, where the third and final phase (operational by 2030) will supply the transportation sector with more than 250,000 tons of green fuels each year, including enough e-kerosene to cover 30 % of Copenhagen Airport’s fuel consumption.